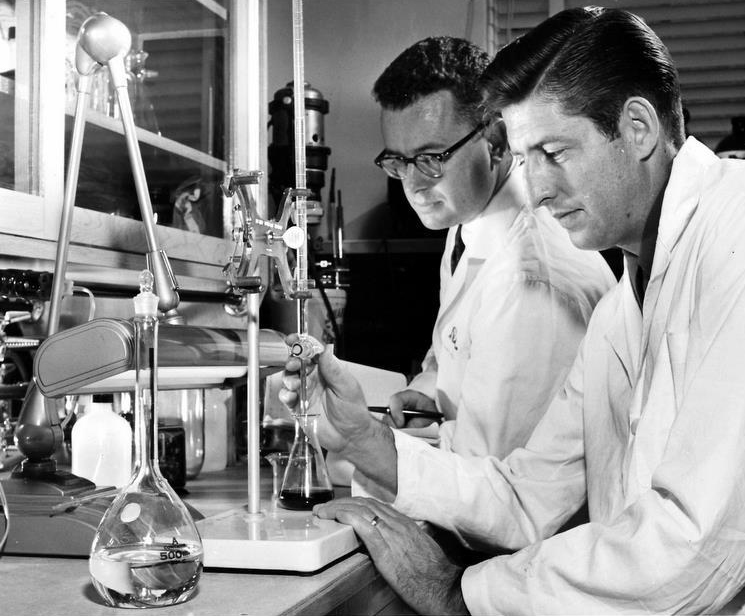 Protractor has option to run specs in multiple browsers, called multiCapabilities.
By default all browsers run tests simultaneously, but in my experience it leads to errors ("failed expectations"), because sometimes tests trying to fulfill same records and it leads to conflicts.
To run tests in browsers consecutive, we can use "maxSessions: 1" in Protractor config.
So result is:

If you use browserSync to run app locally, add "ghostMode: false" in browserSync config to avoid conflicts in launched versions of app when testing.

But software is often more complicated than we expect.
First: we can't run actual version of Firefox on OS X, even with new Selenium drivers.
Bug has status "Fixed" but nobody cares about regression. Update: to run tests in Firefox, use Protractor 1.8+, it will install Selenium 2.45, where bug is fixed.

So now we have Chrome and Safari in list.
Safari don't want to run too, hehe :) But it's fixable at least, thanks to this detailed answer.
Get actual version of Selenium driver jar here: http://central.maven.org/maven2/org/seleniumhq/selenium/selenium-safari-driver/,
rename extension to .zip,
unzip file
and then in folder 'org/openqa/selenium' find file 'SafariDriver.safariextz' (it's not random letters :)) and double-click it.

After that, we can run tests in Safari, hurray!
And it's not the end of this story :)
Selenium can't navigate in browsing history of Safari (known issue), so if you use

It's pretty obvious fix.
And now we can run Protractor tests in Chrome and Safari consecutive. It took few hours of my time to find all these fixes and workarounds, so I hope this article will help somebody to save time :)